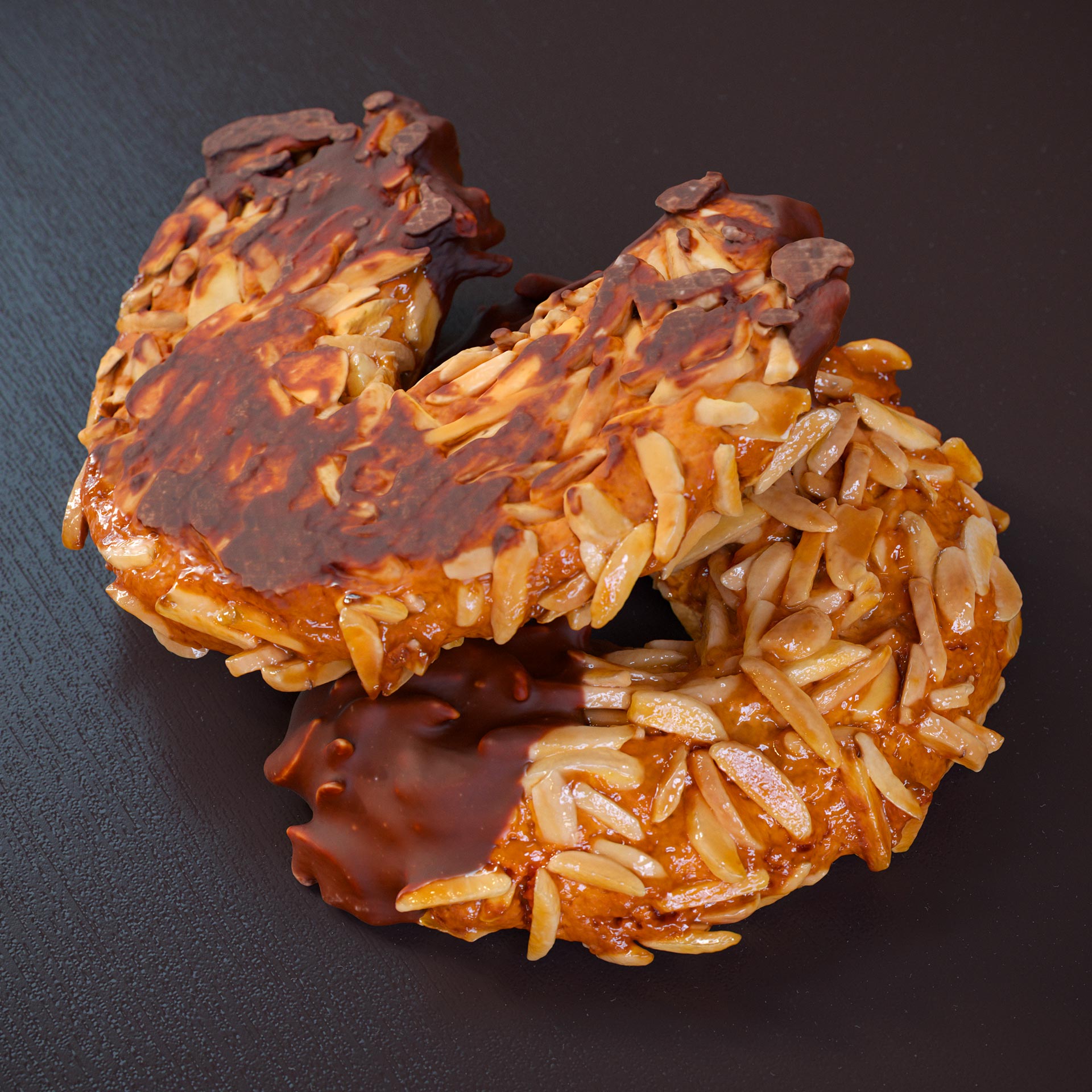 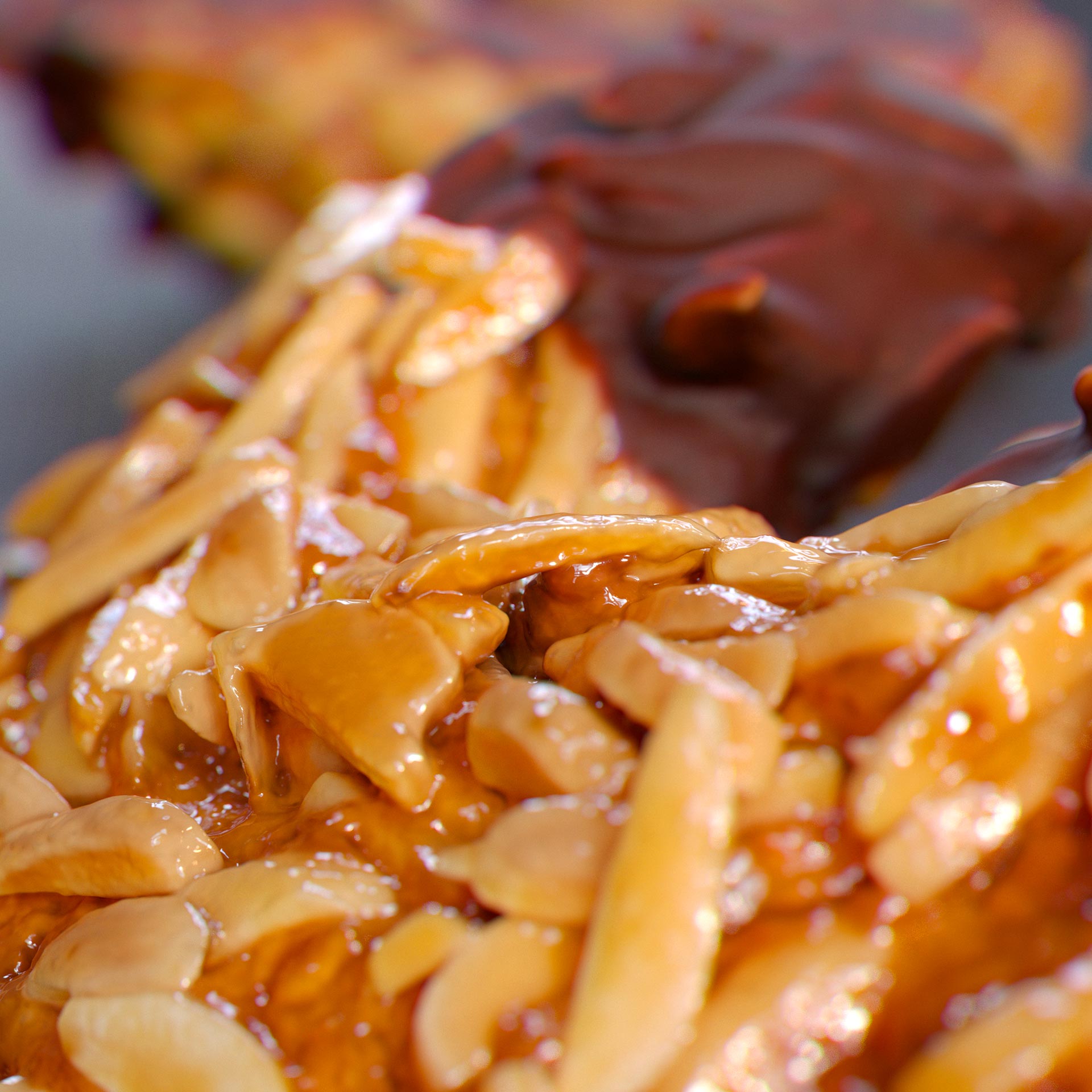 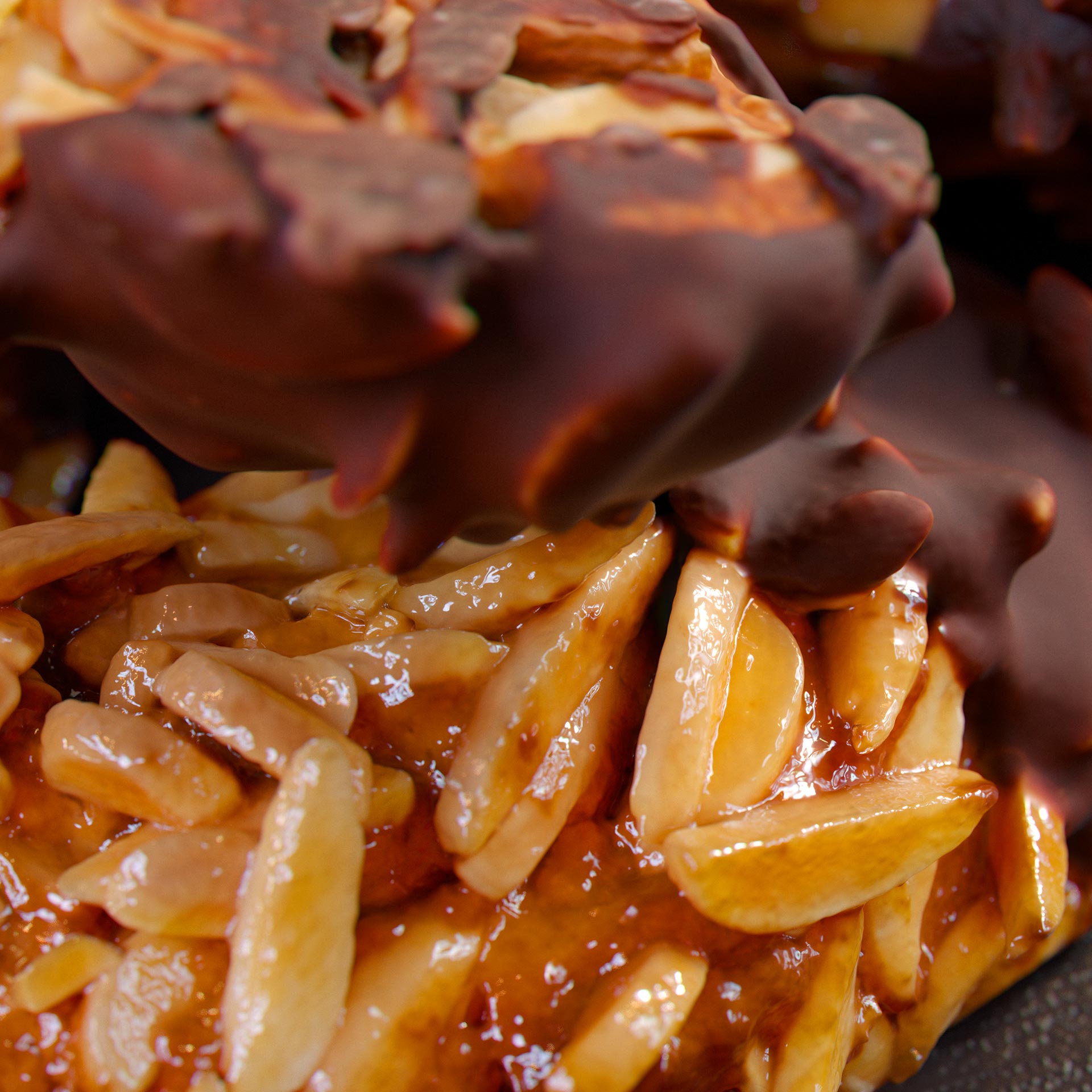 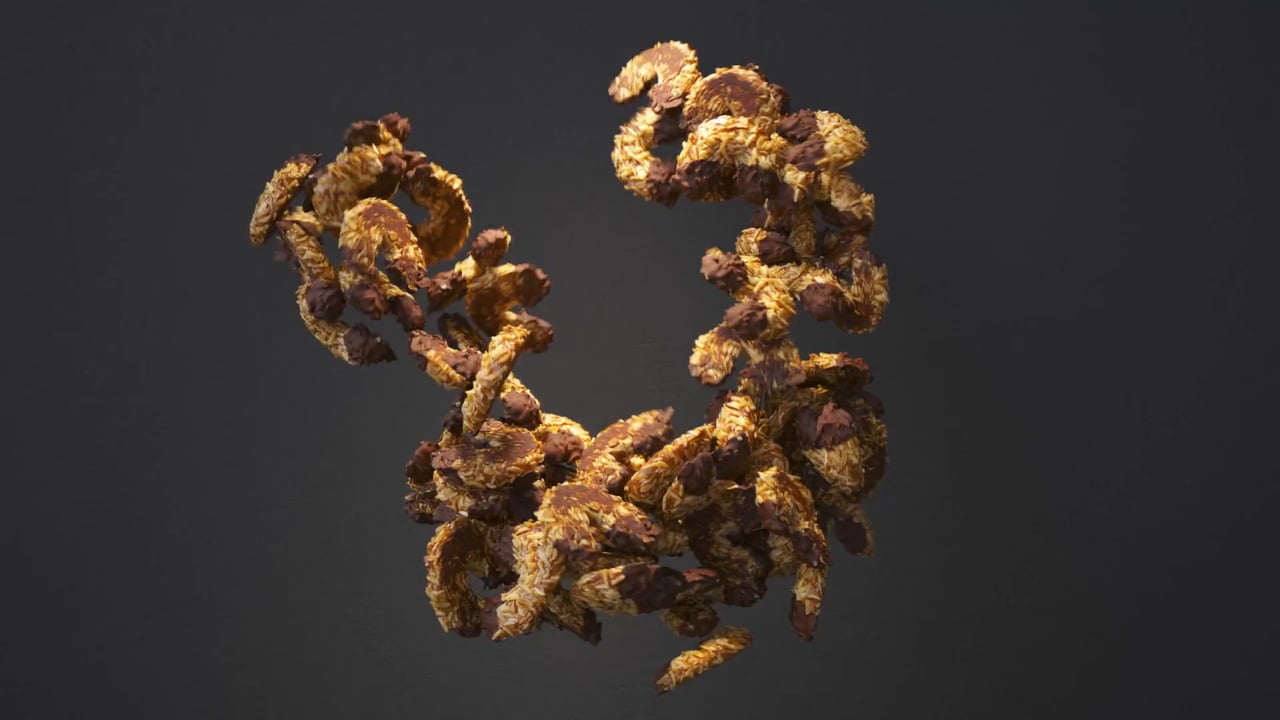 With my newly established photogrammetry setup I decided to tackle a new and much more complex project.

It’s not only difficult to photographicaly capture such a glossy object without visible light reflections but also very challenging in the later shader creation. For the result not to look like a plastic model but like a tasty pastry it was important to use a finely tuned subsurface scattering shader. Such a shader allows certains elements such as the almonds to have an inner volumetric glow.

I also made an animation using a particle system to simulate an overload of these tasty sweets.